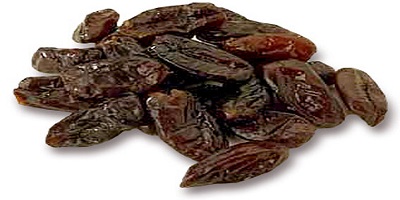 Khuzestan ranks second in the level and production of dates and also in the first rank in the country’s date exports.

According to what is predicted, 85,000 tons of dates harvested from the province’s date palms are export dates. These dates will be purchased by private sector and date exporters and then exported.

The highest amount of dates harvested from the palm trees of the province is Sayer and then Barhi.

PayvandGroup as the largest exporter of Iranian dates, is ready to supply dates for you with the highest quality especially Khuzestan Dates such as Sayer And Barhi. For more information please contact our sales department.

Sayer dates are chopped into small cubes for various uses and flour of Soya or rice is added to reduce stickiness. This product is used for direct consumption in snacks, cereals, cooked products or in medicine and industry.

There are two examples of chopped Sair dates:

This product is in 5 kg and 10 kg packages. Other packages can be prepared according to customer’s request.

The moisture level of chopped dates is about 15%.

Payvand Company, with years of experience in the field of Iranian date exports, prepares chopped Stamaran dates and exports them to all over the world. To supply chopped Sayer dates with the best quality, please contact the company’s sales experts. 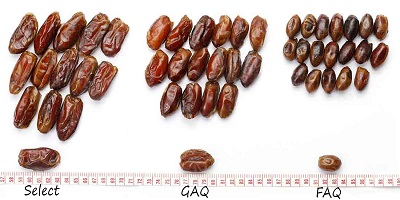 Iran is prone to the growth of date palm groves in most areas due to its hot and dry climate. One of the date-producing provinces of the country is Khuzestan province, which is cultivated in different regions such as Shadegan, Karun, Ahvaz.

This province is one of the most important and valuable regions of the country in date production. There are 75 types of cultivable cultivars in Khuzestan. The important types of dates with different qualities in Khuzestan are mentioned below:

Each of these dates has a different quality and taste, which can be introduced to the appropriate variety by considering the taste and needs of customers around the world.

According to forecasts, more than 100,000 tons of dates have been harvested from Shadegan region this year

Sayer dates are introduced for export on a per-pound basis. The best figures to introduce to the global market especially Europe and Russia are dates with less than 100 numbers per pound, which includes Super Select, Select and and B-grade .

Export of Sair dates (Sayer dates) is another honor of Payvand Group in the field of trade with other countries. The introduction of Stamaran packaged dates to the countries of the world, especially Europe and Russia, has been able to bring a lot of currency to the country. To order Sayer dates, please contact the company’s sales department. 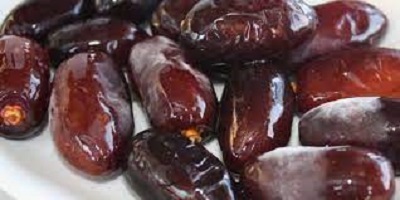 Sayer dates, also known as Sair dates or Sameran dates or Estameran dates, is a type of semi-dried date with a dark brown color from Khusestan province. Sayer dates are the most popular date in Iran, accounting for 42% of the total amount of dates exported from Iran. Sair dates have different grades, which are defined by the size of the fruit in two forms, pitted and un-pitted. Chopped dates are also obtained from Sayer dates.

Available grades of Sayer dates: (for both pitted and up-pitted)

Depending on the customer’s demand, each of the above varieties is selected, which shows the number of Sair dates per pound in weight.

Normally, we pack Sayer date products in 10 kg, 15 kg, 1 kg and 500 g.Other packages are made according to customers’ orders

You can store Sair dates at room temperature for several months or in the refrigerator for up to a year.

Payvand Company, with years of experience and expertise in the field of Iranian dates exports, sells Sair dates directly from Khuzestan groves to all over the world. The company can also make other types of packaging of Sayer dates according to customer needs in smaller weights. For more information, please contact the company’s sales department. 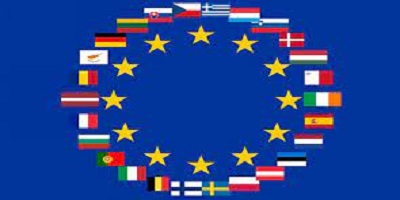 With a population of 740 million, Europe is one of the best date markets in the world. The per capita income of European countries and the high purchasing power of the people in this continent has made the diversity of food in this continent very high and the best types of food products from all over the world are consumed in this large market.

The export of dates to Europe has been increasing in recent years, due to the growth of the population of immigrants to Europe, which is more from Arab and Muslim countries such as Syria, Algeria and….

Currently, date-producing countries such as Egypt, Tunisia and Algeria have the largest amount of dates exported to Europe, and to compete in the European market, we must compete with the products of these countries in terms of quality and price of dates.

Among European countries, France is the most popular place to buy dates due to its Muslim population.

The most important types of dates exported from Iran to Europe are Sayer dates, Mazafati dates and Piarom dates. Piarom dates are well received due to their similarity to Medjool dates and are among the good cultivars for exporting dates to Europe.

Currently, the largest amount of dates exported to Europe is related to Sair dates, which can be attributed to the high sugar content of these dates as well as ease of transit and high storage.

Entering the European Union has special rules that some customers request from suppliers some certificates such as EU Organic, Certificates with a standard recognized by GFSI like IFS, BRC, etc. which exporters must pay considerable attention to.

Payvand Group, with years of experience in the field of export and trade of dates, using its experts in this industry, annually exports large quantities of Iranian dates to EU countries. For consultation and more information, please contact the company’s sales department. 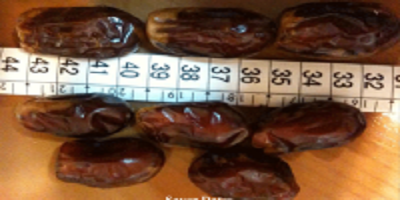 Sair dates, also known as Stamaran dates, are one of the most famous Iranian dates, accounting for about 40% of total date exports. This type of date is very popular in most countries due to its high sugar content (above 75%) and low cellulose. Semi-dry texture, pleasant black-brown color, delicious flavor and good source of iron and potassium, and rich in minerals and antioxidants, all help us to choose Sayer dates as a healthy snack.

Iranian Sayer dates are classified into the following grades according to diameter and size:

Sair dates are high in nutrients and cellulose. This date is semi-dry at harvest time and its humidity is less than 17%, so it is possible to store dates for more than a year in a tropical environment without freezing! Sayer dates can be quickly dissolved in water due to their semi-dry nature.

It should be noted that dates in Khuzestan province, especially Stamran dates are free of pesticides and chemicals and are completely organic! These dates contain about 70% of the palms of Khuzestan province. The fruit is oval and sometimes inclined rectangular.

Payvand Company always offers high quality products and the most desirable services to its customers. We believe that quality is as important as service. Payvand Group, as the largest supplier of dates in Iran, sends the Sayer dates of Iran with the best quality to esteemed customers all over the world. For more information, please contact the company’s sales department.

Sayer dates, or Sair Dates, are one of the most popular and best-selling date products in Iran. Sayer dates are mainly grown in Khuzestan and southern cities of Iran. This date is very high in sugar and is one of the sweetest types of dates. The distinctive feature of this type of date is its thick skin.

This product is one of the major dates for export that has many exports to Europe. The color of this date is dark brown, sometimes blackish and red. The main customers of Sair dates are European and North American countries including Russia, Canada, Australia, United Kingdom and New Zealand. This date has many fans in these countries. Therefore, the supply and export of Sayer dates is very important

One of the reasons for the popularity of this date in other countries is its high sugar content and low cellulose. Shadegan City is one of the cities where Sayer dates are widely cultivated and the quality of this type of date is very high.

Payvand Company is one of the main suppliers of dates in Iran, especially Sair dates. Dear customers, you can buy the product you need at the best price and quality in bulk and retail pack from this center.

Sair (Sayer) Dates is one of the sweetest dates in the world.

It is one of the major dates for export, which has many exports to Europe.

The groves of under cultivated Sayer dates are in Khouzestan province in Iran and cover about 70% of Khouzestan province and are among the semi-dry dates with moisture and humidity less than 18%, and this has made them have better and longer storage conditions than other dates. Sayer dates can be stored for a long time (about 15 months) in covered warehouses and at room temperature without any problems.

This has facilitated the export of Sayer dates, so that about 45% of the share of Iranian date exports belongs to Sayer dates. The color of it is dark brown and sometimes black and red. Due to the high amount of sugar, it dissolves quickly in water and creates a lot of sweetness. The degree of adhesion of the kernel to the meat of Sayer dates is very low.

The possibility of shipping to distant countries without refrigerated containers is one of the significant advantages of this date. The quality of Sayer dates is divided into the following categories:

As one of the top date suppliers in Iran, PayvandGroup, with its experienced specialists and years of experience in the field of date exporting and trading, declares its readiness to supply any type of Iranian dates needed by our customers, especially Sayer (Sair) dates.